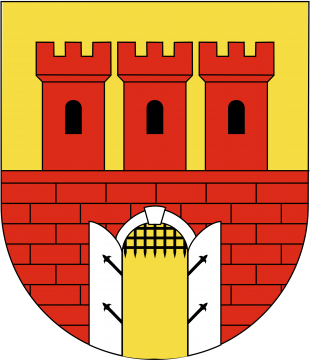 The county seat is in the Chodzież Lakeland in the Voivodeship of Wielkopolska, between Lakes Miejskie (Chodzież), Karczewnik and Strzeleckie. It is a major centre for tourism and ceramics production. Chodzież lies in one of Wielkopolska’s most beautiful settings, commonly known as “Chodzież Switerland”. The prominent surgeon Roman Drews (1908–1977) was born here.

This trading hamlet between Gniezno and Ujście was granted city rights in 1434 as the private city of the Pałuk family. Nowe Miasto (New City) was founded for the weavers whose arrival during the 17th and 18th centuries heralded the development of clothmaking.
Apart from the period 1807-1815, when it was part of the Duchy of Warsaw, Chodzież was under Prussian rule from the first partition of Poland in 1772 until 1919. A porcelain factory was built on the grounds of the old castle during the 19th century. The Wielkopolska Uprising (1918–1919) brought it back to Poland. As it was only about 12 km from the western border, ethnic Germans made up a fair proportion of the population.
The city earned the moniker “Red Chodzież” during the 20 years between the wars on account of its many strikes. The forces of the 1st Belorussian Front liberated the city from Nazi occupation (1939–1945) in January 1945.
Chodzież became an industrial city when the porcelain works were rebuilt and extended after the war.

St. Florian’s church, on the west side of the marketplace, is one of the most important historical buildings in the town. Dating from the end of the 15th century, it was rebuilt in a late-baroque style with a baroque high altar and life-size figures of the apostles.
The market place has preserved its original medieval layout.
Several 18th and 19th century weavers’ houses – wooden structures of frame and masonry construction – have been preserved in ul. Kościuszki and ul. Wojska Polskiego.
Parts of the castle walls, dating from the turn of the 15th and 16th centuries, can still be seen on the grounds of the former porcelain factory in ul. Buszczaka.
The cemetery at ul. Ujska contains the Monument to the Wielkopolska Insurgents of 1918-1919 as well as their burial mound.