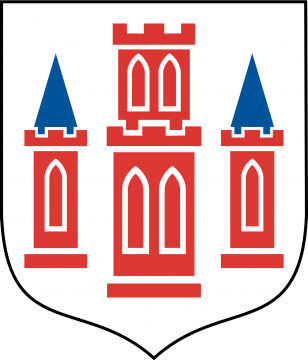 The county seat lies on the Leszno High Plain above the Kania river. The name is probably derived from the forename “Gostek” or “Goston”. The pre-war mayor of Poland, Cyryl Ratajski (1875–1942), was born in Zalesie Wielkie – not far from Gostyń.

Duke Przemysł II (King of Poland from 1295) invested the city with Magdeburg rights in 1278. Trade and craftsmanship expanded owing to its being located on a trade route. The town’s heyday was the turn of the 15th and 16th centuries. Scottish refugees came here and quickly assimilated in those days. Gostyń hosted a conference of dissenters in 1565 in an attempt to put an end to the discord between the various Christian factions. A later Catholic attempt to recover the Church of the Holy Spirit ended with the pulpit of a Lutheran pastor being sawn from underneath so that it collapsed while he was preaching.
The 17th century brought economic decline. The Swedish army sacked the city in 1656. Gostyń was transferred to Prussia following the second partition of Poland in 1793, included in the Duchy of Warsaw from 1807 to 1815, and later returned to the Prussian Partition.
The townsfolk fought in the Revolutions of 1848 (1848–1849) and the Wielkopolska Uprising (1918–1919). Gostyń returned to Poland in January 1919. Several underground organisations operated during the Nazi occupation (1939–1945). The town was liberated on 27 January 1945. This industrial centre currently has a glass foundry, a dairy and one of the oldest milk condenseries in the country.

The beautiful town hall, reconstructed 1910-1912 stands in the marketplace.
Ryszard Skupin’s monument to the Gostyń scythemen, the Wielkopolska insurgents, and the victims of Nazism stands on top of Góra Zamkowa (Castle Hill), a former medieval grad that now offers a picturesque view of the city.
Gostyń’s oldest heritage building is the late-Gothic, three-nave St. Margaret’s Church. The church was rebuilt in the 16th century and stands near the marketplace.
The St. Philip Neri Oratory monastery on Święta Góra (Holy Mountain), east of the town centre, is the most magnificent historic building in Gostyń.
Jan and Maciej Peda’s private “Auto-Muzeum” has a fascinating vintage car collection.

For more information, go to:
www.gostyn.pl/en