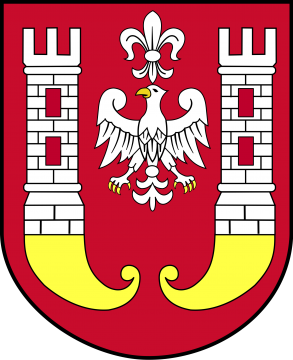 The capital-town of West Kujawy (Kuyavia), Inowrocław is a county town with a rich history behind it. A health resort, it is an important station on the Piast Route.

Inowrocław was first mentioned in 1185. In mid-13th century, Inowrocław was granted its Magdeburg municipal rights. Situated not far from the Teutonic-Order state frontier, it was frequently exposed to raids of its army. 1321 saw announcement of a papal court verdict in a dispute between King Ladislaus I the Elbow-high (Władysław Łokietek) and the Teutonic Order. Since mid-14th century, Inowrocław has been the Province’s capital and the starosty (district authorities’) seat. It was a royal property. To protect it against pillages, mainly from the Teutonic knights, ramparts and moats were built there in 15th century. There were three gates within these walls (called the Toruń/Thorn, Bydgoszcz and Poznań Gate, respectively) as well as sixteen donjons. Within the ramparts was a castle. In 1458, Inowrocław was obligated to send its twenty soldiers to the Marienburg expedition (i.e. as many as Gniezno did; Poznań sent sixty).
The Swedish wars and plagues obstructed the city’s development. In 1772, Inowrocław became part of the Prussian Partition area. A salt mine and saltworks were established in 1873. By the end of the nineteenth century, Inowrocław had risen to become a railway interchange and industrial hub of importance. A health resort was set up there in 1875. On 5th January 1919, following heavy warfare, the town was overcome by Wielkopolska insurgents. During the Nazi occupation, there was a labour camp operating in Błonie area, whereas prisoners-of-war were gaoled at Mątwy; Łojewo, in turn, became the site of a labour camp for the Jews. Inowrocław was liberated on 22nd January 1945.

South-west of the Market Square is St. Nicholas’s church. Redeveloped several times, it is now a late-gothic three-nave basilica.
At Klasztorny Square is a neo-Romanesque Holy Cross church, a former Evangelical temple built in 1863.
Somewhat further up, at 19 Kościuszki St. is one of Inowrocław’s oldest tenement houses whose framework is gothic; it was the seat of the municipal scales from 16th till 19th century.
The ‘Jan Kasprowicz’ Museum (2 Klasztorny Sq.) has collections on the history of the town along with biographical/souvenir items devoted to outstanding personages of West Kujawy, as well as keepsakes of a today-non-existent salt mine. At B-pa Laubitza St. you will see a church of the Name of Our Lady.