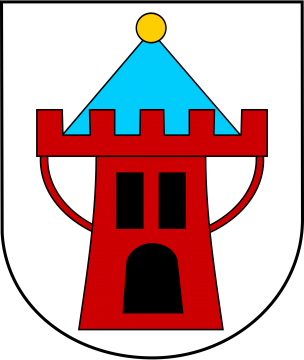 Kościan is first mentioned in 1296 and received its city rights in the latter half of the 13th century. King Władysław Jagiełło (1351–1434) renewed the privilege in 1400, locating the city and vesting it with Magdeburg rights. Kościan was the largest city in Wielkopolska after Poznań in the 15th century. A resilient cloth centre, it had reestablished its importance to Wielkopolska by the latter half of the 18th century after going into decline after the Swedish invasion (1655-1660) and again during the Great Northern War (1700-1721).
The town came under Prussian rule after the Second Partition of Poland in 1793. This lasted until 1919, with a brief respite during the existence of the Duchy of Warsaw (1807-1815). Industrialisation proceeded rapidly in the late 19th century as a result of opening a rail link between Poznań and Wrocław in 1857. The town was liberated in 1919 as a result of the Wielkopolska Uprising. The Nazi occupation brought tragedy to the 534 inmates of the nearby institute for the nervous and mentally ill who were gassed. Soviet troops from the 1st Ukrainian Front liberated the town on 27 January 1945.
Kościan is now an industrial, trade and services centre.

The mid-19th century town hall in the middle of the marketplace now houses the Dr Henryk Florkowski Regional Museum.
The Assumption of the Blessed Virgin Mary Parish Church with its valuable 16th-century furnishing stands next to the marketplace in ul. Kościelna.
Lord Jesus Church (1905-1907) is on pl. Niezłomnych (Indomitable Sq.).
Holy Spirit Church in ul. Wrocławska was founded together with a hospital in the late 15th century.
There is a memorial mausoleum to the 630 Nazi victims in the cemetery in ul. Koszewski. Ul. Wielichowska has a monument to Franciszek Ratajczak, the first casualty of the Wielkopolska Uprising. Ratajczak was born in Śniaty (23 km east of Kościan).