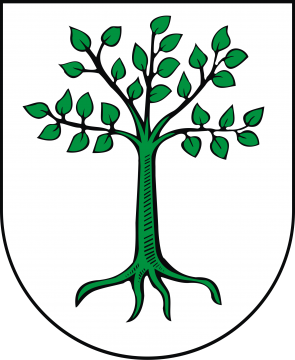 A town in Kujawy (Kuyavia), at the northern edge of Gopło Lake. An important stop on the Piast Route.

Kruszwica is considered to have been a capital town of the legendary founder of the first Polish royal dynasty – the Piasts. The earliest excavations are Neolithic; numerous traces of settlement date back to the Lusatian culture period. In the Roman period, Kruszwica was part of the Amber Route going from the Roman Empire to the Baltic Sea coast.
In 8th to 9th centuries, Kruszwica served as the capital of a tribal state of the Goplans (Goplanie). In all probability, toward the late 9th c., the state together with Kruszwica was included in the state of the Polans/Polanians (Polanie), with their capital burg-city of Gniezno. It is to these events that a later-date legend of King Popiel and Piast the Wheelwright refers, written down for the first time ever by Gallus Anonymus. Its ties with Kruszwica are also confirmed by the version in the 13th-century Wielkopolska Chronicle. According to the latter, Piast’s son was Ziemowit whose son, Leszek (Lestko), had a son named Ziemomysł, father of Mieszko I – the first historic ruler of Poland.
In the late 10th/early 11th century, the burg-city of Kruszwica was extended considerably. It was at Kruszwica that important trade routes – from Poznań and Gniezno to Lithuania and Ruthenia; and, from Kalisz to Gdansk – intersected with one another. The locality was also a significant crafts hub. Near Gopło Lake’s western bank, salt was brewed using the local brines. It is kruszwa – Old-Polish for ‘lump of salt’ – that the town’s name is derived from.
For some time, by mid-13th century, the burg-city of Kruszwica was the seat of Kuyavian dukes, later removed to Inowrocław. In that time, Kruszwica formed the central part of a territory that was called Kujawy/Kuyavia in as early as 12th century. In 1332, the castle-town was conquered by Teutonic knights. Some time later, during the reign of King Casimir III the Great (Kazimierz Wielki), a castle was built in that venue.
Kruszwica was granted municipal rights in 1422. The Swedish invasion turned the town into a ruin. It only started developing again toward the end of 19th century, with a sugar factory (1880), railway line (1889) and a series of minor establishments or plants constructed. The years 1952–1956 saw construction of the ‘Kujawskie Zakłady Przemysłu Tłuszczowego’, Kruszwica’s most important industrial establishment and one of Poland’s largest margarine manufacturing plants.

The town’s central part is located on the western bank of Gopło Lake. The marketplace and the nearby streets feature 19th and 20th-century buildings. There is St. Theresa’s church of 1922, covered with a dome. At the Market Square’s centre is a monument to the Victims of the Second World War (erected 1979).
South-east of the Market, the Mouse Tower dominates the Lake area landscape; situated at the base of Rzępowski Peninsula which cuts into Gopło Lake, it is actually a relict of the castle erected in mid-14th century by King Casimir the Great.
On Gopło’s eastern shore, a St.St. Peter’s and Paul’s church is situated. This three-nave temple is constructed using cut granite and limestone pieces. It is referred to as a ‘witness of the nine centuries’.