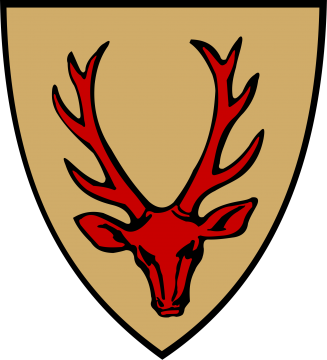 Osieczna is a town situated in Leszno County, by Łoniewskie Lake, ca. 12 km north-east of Leszno. According to one etymological hypothesis, the town’s name derives from the word odsiecz, i.e. alleviation – thus referring to a relief sent over to the local dwellers against an impending enemy invasion.

Osieczna was most probably granted its municipal charter in 2nd half of 14th century. Being a private town, its development was based upon commerce, cloth industry and agriculture.
The seventeenth century saw settlement in Osieczna of Protestant refugees from Germany and Silesia, who established so-called New Town.
Once the Second Partition of Poland became reality in 1793, the town got absorbed by the Prussian state. Between 1807 and 1815, it functioned within the limits of the Duchy of Warsaw. After Napoleon was defeated and the European order re-established at the Vienna Congress of 1815¸ Osieczna returned to Prussia.
It was only due to the outbreak of the Wielkopolska Uprising (1918-1919) and the victorious ‘Windmills’ Battle of January 11, 1919 that proved decisive in terms of regaining freedom. The battle ended up with a 400-man Grenzschutz troop smashed by an insurgent troop of 350. On January 19, 1919, accompanied by canon and machine-gun shots, Osieczna was officially announced an integral part of the Homeland then getting revived. It is legitimate to suppose that the victory of Osieczna contributed to the setting of a frontier under the Treaty of Versailles of June 1919, whereby Leszno and Osieczna were incorporated into the Polish state.
Between 1939 and 1945, Osieczna remained under the Nazi occupation.
At present, Osieczna is a tourist/relaxation centre, this function being favoured by its situation amidst moraine hills.

The Holy Trinity church located at 2 Frankiewicza St. belongs to a parish with a very interesting confessional history behind it. In the sixteenth century, as part of the Reformation wave, the temple was transferred to the Protestants; by means of certain following regulations, though, both the Catholics and Protestants were allowed to alternately use it. And it was only in 1628, once a house of prayers had been built for Protestants that the church was restored to the Catholic faith.
Going further on eastwards, you will come across a former Reformed-Franciscan convent complex (today, a Franciscan one). This eighteenth-century temple is also associated with the Wielkopolska Uprising of 1918-1919 as deliberations of the commanding staff were held at the convent buildings. This Franciscan Friars’ hub attracts visitors and the faithful today through its benevolent icon of Our Lady of Sorrows with the Infant (so-called Our Lady ‘Osiecka’ – i.e. of Osieczna).
A two-hectare park situated on the bank of Łoniewskie Lake features a castle. On a hillock by the Leszno-Śrem road, we come across three magnificent windmills – one of the towns’ showcases and a testimony to its past. These wooden monuments are worth seeing after nightfall: backlit, they imbue you with an unforgettable impression. Opposite the mills is a board telling you the way to ‘Jagoda’ viewing tower viewing tower from which you can admire a beautiful panorama of the town.