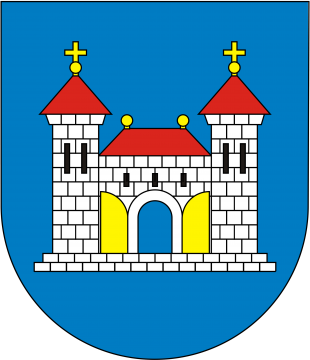 Situated on the Gnieźnieńskie (Gniezno) Lake District, on an isthmus between the lakes Żnińskie-Duże and Żnińskie-Małe, Żnin – being the capital town of the Pałuki region – is an important station on the Piast Route.

According to certain hypotheses, the earliest entity of Żnin is identifiable with the burg-city of Setidava, plotted on a 2nd-century BC Ptolemy’s map on the then-Amber Route. There was a burg-city there in the early Middle Ages indeed, one that became the seat of a castellany in 11th century. beside it, crafts and trades settlements functioned. Żnin was first mentioned in 1118. It received its municipal rights in 1263, and was property of Gniezno archbishopric till 18th century.
Destroyed by the Teutonic Order army in 1331 and during the civil war in the late 14th c., it ranked amongst Wielkopolska’s larger cities in the fifteenth century.
In mid-18th c., Żnin was the birthplace of the brothers Jan and Jędrzej Śniadecki, two outstanding representatives of the Polish science.
During the Spring of Nations events (1848), Żnin was possessed by the insurgents for a couple of days. Toward the late 19th century, it became a railway interchange (of six lines), and its industry has developed. During the Wielkopolska Uprising of 1918–1919, Żnin was one of the most north-easternmost insurgent centres: in the town itself and thereabout, hard warfare was waged against the German army.
The interwar period saw a few newspapers and periodicals being published in Żnin, incl. the weekly Moja Przyjaciółka whose circulation was the largest country-wide among weeklies of the time. Named among Żnin’s major industrial establishments should be: a wood machining machinery factory; an industrial chains factory; a bakery and confectionery machinery plant; an establishment manufacturing military quartermaster’s equipment, such as field kitchens; Pepsi-Cola sparkling beverages producing plants; a brewery.

In the middle of the market, there towers a 15th-century gothic tower built of bricks – the remnant of a town hall that once stood there. In 18th century, the tower housed a prison; subsequently, it was home to a municipal archive. In 1962, a branch of the Museum of the Pałuki Land was established there, with a display picturing the town’s history and profiles of outstanding people of Żnin. Since 2005, Europe’s only Water Motor Sports Museum has been in operation locally.
A Museum is also to be found at the Magistrat (municipal council) building – formerly, the official seat of city authorities, built in 1906, at 1 Wolności Sq.
Not far from there is a neo-gothic former Evangelical church (1909) – today, the church of Our Lady the Queen of Poland, situated on the site of a former Blackfriars’ convent.
On the southern bank of Żnińskie-Duże Lake, you can come across small relicts of a 13th-century castle-city (Polish, grodzisko) and pre-location settlement.
East of the marketplace, at 700-lecia St., is a gothic St. Florian’s parish church.
Opposite the church is a former suffragan’s residence from 18th century, now home to a Sacred Art Museum with its collections of works of sacred art and liturgical equipment from the local and adjacent parishes, as well as coins and medals. The collection is partly formed of various donations and deposits of the Archdiocesan Museum of Gniezno.
On the small square by the church is a bust of Jan Śniadecki (by J. Kopczyński, 1968). In the town’s southern area, on Żnińskie-Małe Lake, a municipal park spreads, with a band shell, an amphitheatre and two monuments: to F. Chopin (relocated from a park in Marcinkowo-Górne, authored by Jakub Juszczyk) and an obelisk erected on the town’s 700th anniversary.
In 2004, the world’s only Water Motor Sports Celebrities’ Alley opened at Wolności Square. Żnin is namely considered to be the Polish ‘capital town’ of such sports; an international-class contest is held annually on Żnińskie-Małe Lake.