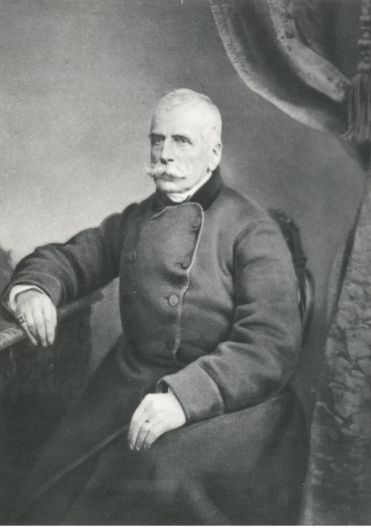 An economic and cultural activist. A general. Born in 1788 in Turwia (Turew nowadays) in Kościan county. He started earning his military ranks in Prussian army and began the active military service in Napoleon’s Guard of Honor. Participated in the Napoleonic Wars (years 1807-13).

In 1815 he returned to Turwia and took care of his farm. He was also exploring his professional agronomic knowledge in England between 1818-19 which resulted in using the latest agronomic achievements on his grounds. During the November Uprising 1863 he leaded the corps on Lithuania and Samogitia at the ending stage of the rebellion. He was interned and  sentenced to 2 years of imprisonment in Szczecin where he wrote the book titled “About agriculture”.

When he returned to Greater Poland he worked on his farm in terms of both cultural and economic areas as a pasassionate supporter of the organic work. Since 1837 he was a member of the Gostyn casino. Later he participated in creating Poznan’s Bazaar. In 1848, during the Spring of Nations, he organized armed forces in Koscian county. He was writing articles for “The Agronomic-Industrial Guide” and was also one of  co-founders of “Poznan Review” and “Sunday School”. Died in 1879 in Turwia and buried by the church nearby, in Rabin.