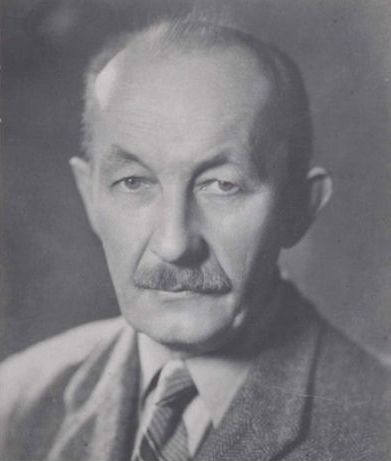 Archaeologist, founder of so-called Poznań Prehistoric School. Born 1885 in Węglewo near Pobiedziska. His initial medicine studies in Wroclaw were followed, from 1909 on, by studies of humanities at the Jagiellonian University, Krakow; his skills and knowledge as archaeologist to be explored in London and Berlin.

In 1914, he published a book titled Wielkopolska w czasach przedhistorycznych [Wielkopolska in Prehistoric Time], got his PhD and started working for the museum of the Poznań Society for the Advancement of the Arts and Sciences. He qualified himself as assistant professor at the University of Lvov in 1918; made professor at the University of Poznań in 1920.

During the Nazi occupation, he hid himself from the Gestapo. He was wanted on account of his polemic with German archaeologists, claiming a concept of continual Slavonic settlement in the territory of Poland since prehistoric times. Since 1945, he was employed with the University and the Archaeological Museum of Poznań. Held fellowship with the Polish Academy of Sciences since 1957. Obtained honorary doctorate in 1965 from Polish and foreign universities, e.g. the Humboldt University of Berlin. He bequeathed an impressive scientific legacy, with a focus on the Bronze and Iron Ages as well as on the outset of Slavdom. He run numerous excavation works, as e.g. at Biskupin (from 1934 onward), Gniezno (from 1936 on) and Poznań (since 1938). He died in 1969 in Poznań.