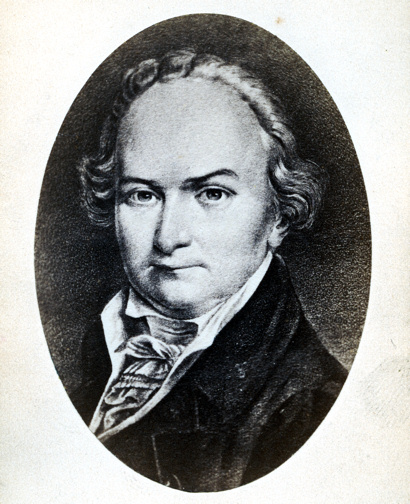 A matematician, astronomer, philosopher, pedagogue, reformer of education. Born in 1756 in Żnin. He studied a philosophy  at Cracow Academy and a math in Göttingen and Paris. Acted in the Commission of National Education, between 1792-1803 was a head teacher of Cracow Main School as well as the leader of an astronomical observatory (founded by him).

He was lecturing in Cracow, then from 1807 to 1815 in at the Imperial University of Vilnius being also it’s rector. Here he was a leader of an astronomical observatory too. He was promoting both science and education.  Created basics for the polish theory of math.

He was also interested in a literature, language and history. Published a model  textbook  of  algebra and the books  titled „The Philosophy of Human’s Mind” and „Trygonometria kulista analitycznie wyłożona” (about a trygonometry). Died  in 1830 in Jaši?nai Manor near Vilnius and was buried there.