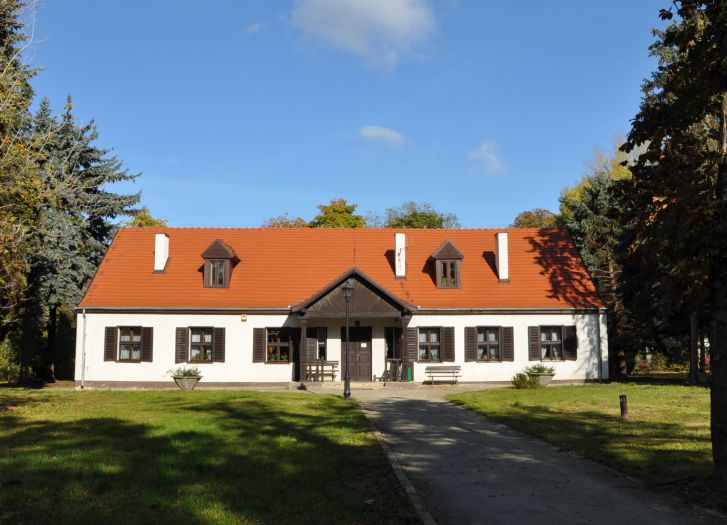 The works on the creation of the museum were initiated in 1988. It is located in the park, by the manor house of Maria Dąbrowska in Russów. The museum offers the exhibition of the monuments of folk architecture associated with the region of Kalisz.

The house's interior includes a single row of rooms forming an amphilade : hallway - room - chamber; the house is fully equipped with authentic antique furniture, tools and ornaments, reflecting the living conditions of middle-peasant family of the turn of the 19th and 20th century.

In the barn, in which traditional farming tools and equipment associated with the cultivation of cereals and bulb and root plants may be admired, visitors may also find a fanning mill, a thresher and a counter for making chaff for feed for animals.
In the barn one of the two rooms is furnished as a livestock room using authentic historic items associated with the breeding of cattle, horses and poultry.

In 1993 a hut of a labourer living at the beginning of the 19th century was moved from Dobrzecze near Kalisz. It was placed in the herbaceous garden surrounded by a wattle fence. Its furnishings allude to traditional activities of a rural woman.

Two other buildings are granaries. One of them originates from the old homestead in Russów (second half of 18th century) ; it is also the oldest example of ancient rural architecture in the open-air museum. The other one (dating back to 1800) was brought here from Kuźnica Grabowska; it is an example of a grange building.
Archaeological festivals organized in the museum are an additional attraction for visitors.