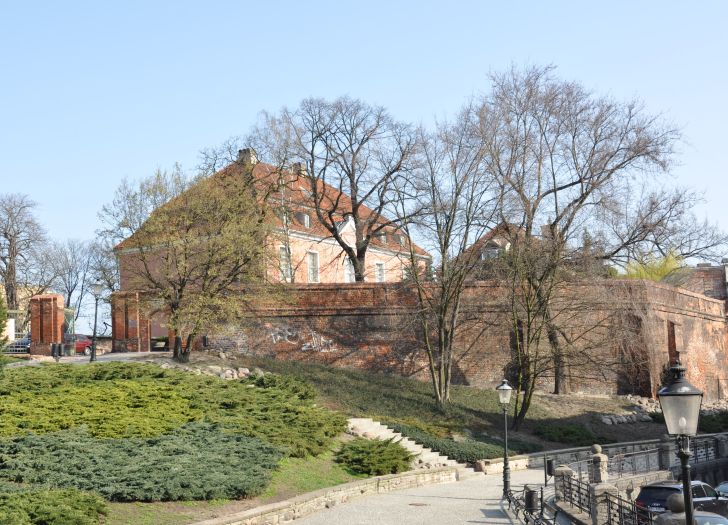 In the very centre of the city, a few steps away from the busy and bustling Old Market Square, a quiet place is located, relatively rarely visited by tourists. The visitors from outside the region may be surprised that in the heart of the city associated with a "flat" Wielkopolska region appears unexpectedly a hill, known as the Castle Mountain or the Hill of Przemysł. Its formation is explained in Poznan by the legend that dates back to the times of Mieszko I.

The hill was a natural barrier used in the defence system of the city. To this day, along the Ludgardy Street, one may admire the remains of the double medieval city walls. While walking here, it is worth to visit the vault of the Franciscan Church, where the Model of the Old Poznań is located, and then to go further along the Paderwskiego Street next to the building of the Poznań Market , then go to the Wolności Square, to the place where the Greater Poland Uprising began.

On the Hill Przemysł the attention is drawn to two buildings: the Franciscan Church of St. Anthony of Padua and the Royal Castle, which now houses the Museum of Applied Arts.