The Narrow-Gauge Railway Museum in Wenecja 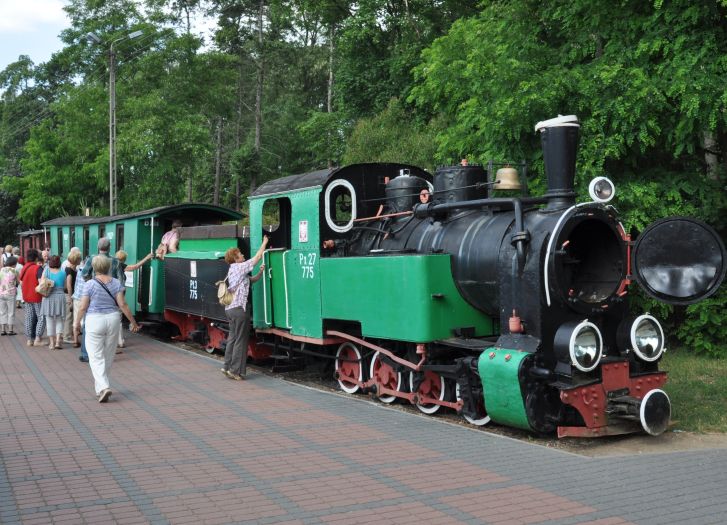 A small village situated in the historical land of Pałuki, the Kujawy-Pomeranian Province, between the lakes Weneckie, Biskupińskie and Skrzynka, ca. 8 km south of Żnin. Wenecja is an important stop on the Piast Trail.

The Museum has been arranged as a railway junction, featuring engines standing on the tracks, wagons and railway equipment of a variety of sorts. The former station building houses today a display whose décor refers to a railway-station-of-yore. Today, the whole entity forms Europe’s largest 600mm-gauge-railway open-air museum. The Museum’s highlight are its locomotives, the oldest being the one made in 1899 by Orenstein-Koppel and a very tiny engine made by the Belgium-based Charles in 1935 – of which model just ten specimens have been produced. You can access the Museum site by car, but we would recommend you to take a narrow-gauge railway service on the Biskupin–Żnin route, which stops at the Wenecja station. Right beside the Museum, you will find the ruins of the notorious Wenecja Devil’s Castle.