The Regional Museum in Kościan 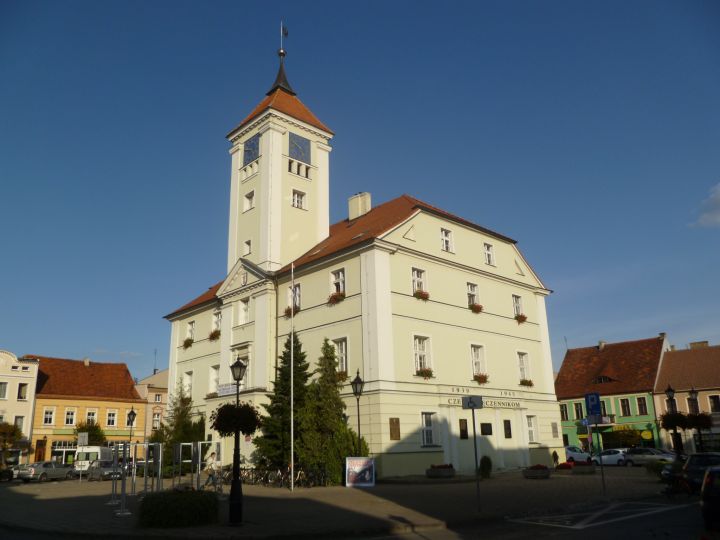 A county town by the river Obra, located around 43 kilometres to the south west of Poznań, by the road to Leszno.

The Regional Museum in Kościan was founded in 1981 and it covers 2 floors of the historical Town Hall from the end of XVIII-th century.

During the year in a big representative room on the first floor there are organized time exhibitions and photo  / painting vernissages.

On the second floor is located a numismatic room which presents a rich collections of coins, notes and substitute money from the Kościan area.

Since 2014 there is also a fixed exhibition dedicated to a royal town of Kościan because of which people will learn the most important information about the town’s history, Kościan craftsmen, religious life, the starost’s castle or the first town’s waterworks. the expositions are filled by the collections from the XV-th and XVIII-th century.

The central part of the exhibition is multimedia diorama of Kościan along with the suburbs of the town from the beginning of XVII-th century. Diorama has a manual panel allowing for an individual lightning of several dozen of objects historically documented thanks to a multimedia projector.

The extra attraction for the visitors is watching a multimedia story about Kościan, using a technique of the video-mapping. The manual panel allows also to show a modern network of streets simultaneously.

In 2015 was opened a new exposition of Kościan’s prehistory. In a styled old cottage were collected exhibits found during the archeological excavations in the Kościan’s area - called “the archeological Eldorado”. The main attraction here, addressed to the youngest visitors, is a “sandpit” in which, on faithfully copied dishes from different cultures, they may become the archeologists-seekers themselves.

For more on the Museum and its offer, see the Museum's official website