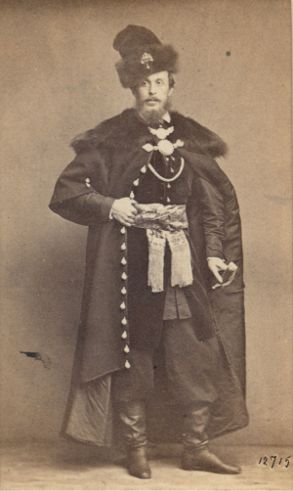 A social and political activist. Born in 1829 in Kórnik. Educated in Berlin and Paris. In 1857 he and his wife, Izabella Czartoryska, moved to Gołuchów (the county of Pleszew) where he collected art (among other things, the most splendid is the amazing collection of antique greek vases). In 1861 after his father’s death he inherited Kórnik and continued his lifework by publishing historic books, further expanding of Tytus’s collection in the castle and lively activity on the social and economicground. In the same year he became a deputy in a prussian parlament and also an editor in a publishing house of the Poznań Society of Friends of Learning. In 1863 he leaded the so-called Działyński committee wchich was organizing help for the January Uprising and later he joined the fights himself.

Then he emigrated and the prussian goverment accused him in absentia for a treason  wchich was resulting in a death sentence but after the amnesty he could return to Greater Poland in 1869 and continue his duties as a publisher of Library in Kórnik.  In 1872 he became a co-founder and the main stockholder of the Bank Własnościowy in Poznań. As the last of Działyńscy House he left all of his possessions including the Library in Kórnik to his nephew,  Władysław Zamoyski. Died in 1880 in Kórnik where was buried beside his father.