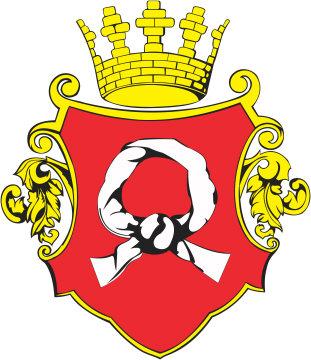 The county seat lies on the left bank of the Noteć on the boundary of the Gorzów basin and the Chodzież Lakeland. It is about 50 metres asl and lies between the river and the steep hills constituting the edge of the valley. Czarnków’s “Pod Grzybkiem” (Under the Mushroom) is one of the few ski jumps to be found in the lowlands. Jan (Janko) of Czarnków, Archdeacon of Gniezno and Royal Vice-Chancellor, probably came from here. Jan is best known for his chronicles, which detail contemporary events between 1370 and 1384.

A Piast grad was built here in the 10th century to guard the borderlands between the Polans and the Pomeranians. At the end of the 13th century, Władysław Łokietek granted Czarnków to the Nałęcz family, who then adopted the surname Czarnkowski.
The town was located and vested with Magdeburg rights in the first half of the 14th century. Nowe Miasto (New Town) was established in the 17th century for Protestant refugees from Silesia. The newcomers contributed to the development of the cloth trade. Czarnków came under Prussian rule following the First Partition of Poland in 1772. It was part of the Duchy of Warsaw from 1807 to 1815. Czarnków was not returned to the motherland until January 1919, as a result of the successful Wielkopolska Uprising (1918-1919). Czarnków was not far from the German border (marked by the Noteć) during the 20-year interwar period.
The Nazi occupation ended with the liberation of the town on 25 January 1945. The town was rebuilt to house more than twice the number of inhabitants after the war.

The late Gothic St. Mary Magdalene Church from 1570-1580 is on pl. Wolności (Freedom Sq.) in the centre of town. Its decorative tin coffin of Adam Sędziwój Czarnkowski, Starosta General of Wielkopolska, by Jakub Kanadej is definitely worth seeing.
The remains of an early 19th-century wattle-and-daub granary can be found in pl. Powstańców Wielkopolskich (Wielkopolska Insurgents Sq.), where the corn market used to be.
You can admire the scenic vista of the Noteć valley from the top of Góra Krzyżowa (Cross Hill) whose name derives from a legend of Bolesław III Wrymouth having placed a cross here.
The “Śniegowa Baśń” (Snow Story) luge track in the Stanisław Staszic Municipal Park is 400 m long.