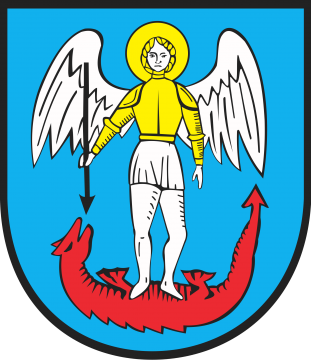 Dolsk is situated in County of Śrem, ca. 12 km south of Śrem. This one of the smallest Wielkopolska towns is situated between the lakes Dolskie-Wielkie and Dolskie-Małe. The etymology of its name derives from its location in a depression (dół standing for ‘pit’ or ‘bottom’ in Polish).

The municipal rights were granted to Dolsk in 1359 by King Casimir III the Great (1333–1370). The city was incorporated upon the Środa law, then a variety of the Magdeburg, i.e. German, law. Between 1793 and 1919, Dolsk was part of the Prussian partition and in 1807 to 1815 remained within the limits of the Duchy of Poland. The locals are proud of the first farmers’ circle having been set up in their home town (in 1866), with the task to get the peasants organised and the farming culture mastered. Liberation from the Prussian rule was to the credit of the Wielkopolska Uprising (1918–1919). Once the Nazi occupation (1939–1945) was over, Dolsk was back home – with Poland.
At present, despite its being one of the least industrialised urban areas in the Wielkopolska region, Dolsk has founded its development upon tourism and services. This is favoured by its location in the Krzywiń Lake District and in the vicinity of moraine hills.

A late-gothic Archangel Michael’s parish church from 15th century can be found west of the market, surrounded with a wall with a renovated baroque gate. Next to the church is a belfry built in 18th c.
A late-baroque (eighteenth-century) vicarage is set opposite thereto, its mansard roof featuring dormer windows, which makes the building quite unique.
As you go down Św.-Ducha [Holy Spirit] Street northwards, you will come across the Holy Spirit church of 1618. This one of the earliest wooden temples in Wielkopolska has regained its original splendour owing to a recent renovation project. There is a goat monument standing in the market, a symbolic reference to a local legend.