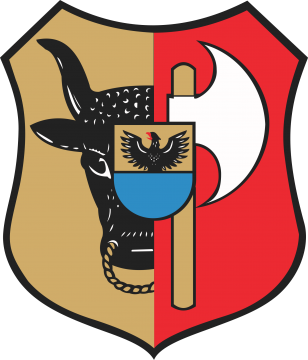 The county seat is about 80 km south of Poznań.

The oldest extant mention of Leszno dates from 1393. Its first known owner was Stefan of Karmin, whose sons took the surname Leszczyński. This family built its prosperity on royal service and public office. Rafał IV Leszczyński obtained approval to establish and build the city of Leszno in the court of King Sigismund the Old in 1547.

The city was set up during the Polish Counterreformation. The Unity of the Brethren began to dominate in Leszno after 1565 when Rafał V acquired the city and became the main protector and defender of this denomination in Poland. The local school was upgraded to an academic secondary school thanks to his son shortly afterwards. This was to underpin educational development in Leszno.

The cleric John Amos Comenius led a group of about 1,500 Unity of the Brethren faithful here from Moravia and Bohemia during the Thirty Years’ War. Some 2,000 Lutherans arrived from cities in Silesia as well. Leszno grew to be the second largest city in Wielkopolska barely a century after being founded. It became famous for its long-distance trade and milling industry, and for producing top-quality cloth and gunpowder. Leszno became an important centre of intellectual life during the first half of the 16th century. The pedagogical work of John Amos Comenius and the educational activity of John Jonston enjoyed international recognition. Both were connected with the local secondary school, which attained an extraordinarily teaching standard under Comenius’s rectorship. The renowned poet, Anna Memorata (c. 1615 -1645), daughter of a Unity of the Brethren pastor, and Lutheran pastor Johann Heermann (1585 - 1647) were among the intellectual elite. A city that combined economic prosperity with educational and scientific achievements was an extremely rare phenomenon in Poland at the time.

The Swedish deluge brought Leszno’s golden age to a tragic end. The Polish army burnt the city down in 1656 in retaliation for refusing to open the city gates and for the assistance some of the townspeople gave the Swedish garrison defending it. They had hoped that Protestant Swedish victories would mean a speedy return to their homeland.

Stanisław Leszczyński (1677–1766) was the last of the Leszno Leszczyńskis. The Swedish king, Charles XII, became King of Poland in 1704, during the Great Northern War but lost the crown after the Swedish defeat at the Battle of Poltava in 1709. Leszno had been burnt down earlier in 1707. Stanisław Leszczyński fled Poland and Leszno was placed under Saxon administration. The city was quickly rebuilt, as it had been half a century earlier. Its owner became King of Poland once more and once more lost the crown. He was granted the Duchy of Lorraine as a life estate, while the sale of his property in Poland terminated his connection with Leszno. It was said, however, that his daughter Maria, Queen of France from 1725, would only wear footwear sent to Versailles from Leszno shoemakers.