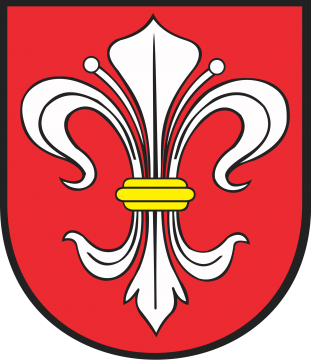 Located within the Ostrzeszów Hills area, 13 km south-east of Ostrzeszów, the town of Misktat is jokingly referred to as a ‘small Paris’ due to its crest resembling the one of the French capital city.

Mikstat received its city charter in 1366 and owes his name probably to the village of Komorów on whose lands it was incorporated. The German settlers renamed it into ‘Komarów’ (komar and mücken meaning ‘mosquito’ or ‘gnat’ in Polish and German, respectively) and added the suffix stadt, thus making up ‘Mikstat’. The town’s development was hindered by two fires, occurring each in 1391 and 1478. The city was re-incorporated in 1528 and granted a chart from King Sigismund III Vasa admitting it to hold three fairs in a year; these incentives did contribute to the town’s economic revival.
Yet Mikstat was to fall again, due to the Swedish invasion of 1655-1660, with the result that since 18th century, farming and husbandry has become its dwellers’ main source of subsistence. As a local legend has it, the town was so poor that its inhabitants could not afford to erect a town hall. It is said that a wooden town hall on wheels existed, with a dial without a mechanism on its turret; the lord mayor would move the clock’s hands twice a day – at the noon and in the evening, when the time came to drive the cattle down from the pasture. A (partly rhymed) malicious saying comes from that period: “Where’s the date from? It’s from Mikstat, once the cattle’s driven away, as there’s no clock.” During 2nd Partition of Poland, i.e. from 1793 onwards, Mikstat was made part of the Prussian area.
National tradition was quite alive among the locals, though, as best testified to their contributions to the January Insurrection of 1863-4 and the Wielkopolska Rising. During World War 2 (1939-1945), in 1942, so-called Polenreservat was established in the town’s vicinity, whereto some 2,000 Poles were deported.

Not far from the market you will come across a neo-baroque Holy Trinity church. Beside it, a wooden cross its worth your attention, being a beautiful specimen of local folk art and featuring sculptures by Paweł Bryliński.
However, Mikstat’s number-one attraction is the tiny wooden St. Roch’s church, located in a cemetery. During annual church fete celebration of August 16, farm and domestic animals are consecrated as part of the local rite.