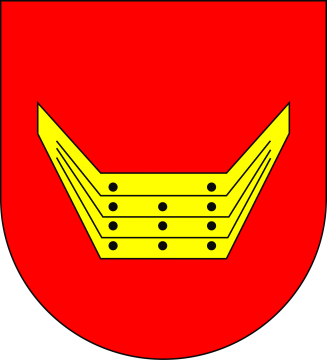 Nowy-Tomyśl county town located on the Szarka river, ca. 62 km west of Poznań, by the Warsaw–Poznań–Berlin axis. The town’s coat-of-arms refers to the of Łodzia, used as the personal token by Feliks Szołdrski, the founder and proprietor of Nowy-Tomyśl.

The town was set up on as late as 8th April 1786, next to an Evangelical church built there earlier on. Notably, the settlers were mostly Protestant by confession. Nowy-Tomyśl matter-of-factly remained Wielkopolska’s only town without a Catholic church almost till the end of 19th century. The name of a former village, mentioned in a 1296 record as Thomisle, was added the affix Stary meaning ‘Old’: this is how the village of Stary-Tomyśl was originated, along with a new hub which started acting as a crafts and services hub, and even more importantly, as a commercial centre for the nearby Olęder (Dutch-originated) settlements. It is worth mentioning that the Nowy-Tomyśl area is the largest Olęder colonisation area in Wielkopolska as a whole.
Resulting from the 2nd Partition of Poland in 1793, Nowy-Tomyśl was contained within the limits of Prussia; in 1807–1815, it was part of the Duchy of Warsaw, and thereafter was subject to the western invader’s rule again. The town was eventually liberated on 3rd January 1919 by Wielkopolska Uprising militants. During the Nazi occupation of 1939–1945, the occupiers put special emphasis on the land’s Germanisation: Polish people were resettled to the Generalgouvernement or into the depth of the Reich to perform coerced labour there.
Today, Nowy-Tomyśl is a significant industry and post-primary education hub. Also, it is the centre of the Wielkopolska asparagus basin, the product being successfully exported to Western-European markets.

F. Chopin Square is the location of a former Evangelical church of the Holiest Heart of Jesus from 1778/1779. Built upon a Greek-cross plan, with its equal arms, it is associated with the town’s history and location (establishment).
Nowy-Tomyśl boasts the world’s largest wicker basket. The curiosity is a work of the local wicker-product makers. The basket, 17.3m long and 9.5 m wide, was designed by Jędrzej Stępak.
A park in the south-eastern section of the town is the site of a wooden hunting residence of 1977, since 1986 being home to the Wickerworking and Hop-Growing Museum.

For more information, go to:
www.nowytomysl.pl/en