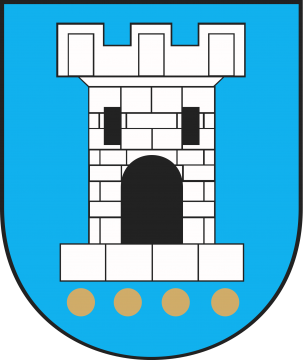 Pleszew is a county town situated on the Ner, in the Kalisz Upland, ca. 29 km north-west of Kalisz.

Pleszew is first mentioned in a historic source of 1283, as Duke Przemysł (Premislaus) II corroborated its municipal rights. In the Middle Ages, the urban hub owed its development to crafts and trades. The former half of 17th century saw emergence of the so-called New Town for Protestant refugees from Silesia. After the 2nd Partition of Poland, 1793, the town became part of the Prussian dominance, and subsequently for a few years remained within the limits of the Duchy of Warsaw (1807–1815), and then again went under the authority of Prussia. Although Pleszew dwellers participated in the Spring of Nations events of 1848, the town was to regain liberty only in January 1919. After the Nazi occupation period (1939–1945), Pleszew was liberated on 24 January 1945 by the Red Army offensive.
Today, Pleszew is an industrial and services centre.

A classicist town hall of 1835 stands in the middle of the market; beside it is a monument to the 700 years of the town, designed by Wiesław Oźmin and unveiled in 1983.
Adjacent to the marketplace’s eastern part is Kościelny Sq. – i.e. the Church Square where you will come across St. John the Baptist’s church from 14th century. The temple, having undergone several redevelopments, has lost its original stylistic traits.
In Floriańska Street, we can see a wooden St. Florian’s church of 1745. The valuable furnishings of its interior, dating to 15th and 16th centuries, certainly deserve your attention.
At 34 Poznańska St., in a former postal inn of 1820–1830, you can visit a Regional Museum.

For more information, go to:
www.pleszew.pl/en