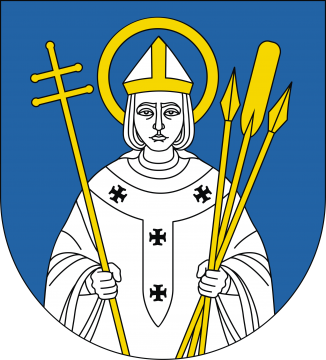 Trzemeszno /tshe-MESH-no/ is a town located near Trzemeszno Lake in the Gniezno district, about 68 km east of Poznań. According to the legend the town"s name comes from the Polish word for bird cherry. It is an important point on the Piast Trail.

According to the traditional wisdom about Saint Adalbert, in the 10th century he founded an Order of Saint Benedict in Trzemeszno and later Adalbert"s body was kept in the local church before the burial in Gniezno. However, the very first order in this area was founded at the beginning of the 12th century by a Polish king Bolesław Krzywousty, for the Premonstratensians (Norbertines) brought from Flanders. Trzemeszno was granted a town charter before 1368. King Władysław Jagiełło frequently visited the town and after his victory in the Battle of Grunwald in 1410 went on a pilgrimage from the town to the Saint Adalbert"s grave in Gniezno.

The 15th and 16th centuries were a period of town"s increased development. Another period of economic boom took place in the 18th century and was connected to the development in broadcloth industry, among other things. At that time, the town had 40 broadcloth workshops. Glass was also produced here.

A great accolade was bestowed on Trzemeszno because of a secondary school established in 18th century, which then in the 19th century was an important centre of Polish national thought. Residents of Trzemeszno and surrounding villages in large numbers took part in the Greater Poland Uprising of 1918–1919 and in the defence of the town against the Nazi forces in 1939.

Currently, the town is an industrial and agricultural centre with some interesting monuments.

The square located in the western part of the town is named after Michał Kosmowski, the founder of the famous secondary school in Trzemeszno. The building of the college (currently a secondary school) founded in 1773 rises up at its southern frontage. One of the alumni of the school was Hipolit Cegielski, a 19th century businessman, social activist and politician.

The western frontage of the square is occupied by the church of Assumption of Mary. Converted and extended in the second half of the 18th century. To the south of the Kosmowskiego Square, at the Mickiewicza Street the building complex of the Saint Lazarus hospital is located (a temple, main building and two beautiful corner annexes with a mansard roof), founded by abbot Michał Kosmowski in the years 1781-85.

The high water tower is a monument with more than 100 years of history. Since 1905 it has been located in the southern part of the town and has been functioning up to this day.