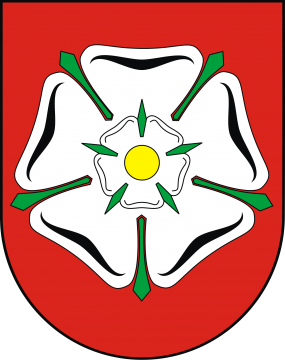 A county town located on the Wrzesińska Plain, on the Wrześnica river, ca. 50 km east of Poznań. As legend has it, the town’s name is owed to heathers which often appear in that area. The town’s coat-of-arms refers to its first owners who sealed themselves with the Poraj – a white-rose-colour motif against a red background. However, the first thing coming into mind in association with the name of Września is the historic local children’s strike action from the early 20th century, taken up as a protest against religious education taught in German.

Września was first mentioned in a 1256 document issued in Poznań, the town’s location (founding) being believed to have taken place in mid-14th century. It was originally a private-owned town belonging to the Poraj family. In the Middle Ages, Września was developing as a craftsmanship and trade hub. This was due to it being situated by the Kalisz–Gniezno trade route.
During the Swedish invasion time (1655–1660) the town was burned down and later on, affected with epidemics of pestilence. As the 2nd Partition was completed by 1793, Września became subject to the Prussian reign. During the Napoleonic domination period, it functioned within the limits of the Duchy of Warsaw (1807–1815); it was resolved afterwards in Versailles that Września became part of Prussia again.
In 1841, under a special instrument, Września gained autonomy rendering it independent of the influences of private owners. During the Spring of Nations events (1848), near Sokołów, the insurgents led by the dictator Ludwik Mierosławski fought their victorious battle against the Prussians.
However, it was the heroism of children rather than adults that has rendered Września famous, making history with their famous strike against attempted Germanisation. In May 1901, the local children refused to obey the writ to carry out their religious training in German. In an attempt at breaking this resistance, the Prussians applied acute physical punishments, mass whipping included.
During the Wielkopolska Uprising events (1918–1919), a local insurgent battalion liberated the town on 28th December 1918 — a mere 24 hours after its Poznań outbreak. Września was freed from the Nazi occupation (1939–1945) on 22nd January 1945 by Soviet troops of the 1st Byelorussian Front.
Today, Września is a powerful industrial and services hub and an important transport interchange.

In Dzeci-Wrzesińskich Street, you will find the former Prussian elementary school — the symbol of the children’s strike action of 1901–1902. Inside it, you can visit the ‘Children of Września’ Museum.
An important object of historic interest is the local parish church of the Assumption and St. Stanislaus from mid-15th century. Beside the building is a modern John Paul II monument, showing the Pope walking through a concrete door – the Pope being portrayed as an aged man, a symbol of mundane life and a omen of the afterlife.
The monument devoted to the heroic Września children, designed by Jerzy Sobociński, stands in Harcerska Street. Near by is a ‘Children of Września’ park, spanning on a nearly 20ha area. The park contains an eclectic palace of 1870.
Located on the bank is the Holy Cross chapel of 1664. In the area of Sokołów, neighbouring on Września, stands an obelisk devoted to the memory of insurgents who victoriously wrestled at that place with the Prussian conquerors.