Your clipboard (0)
Homepage | Catalog of attractions | St. Michael the Archangel’s Church in Dolsk 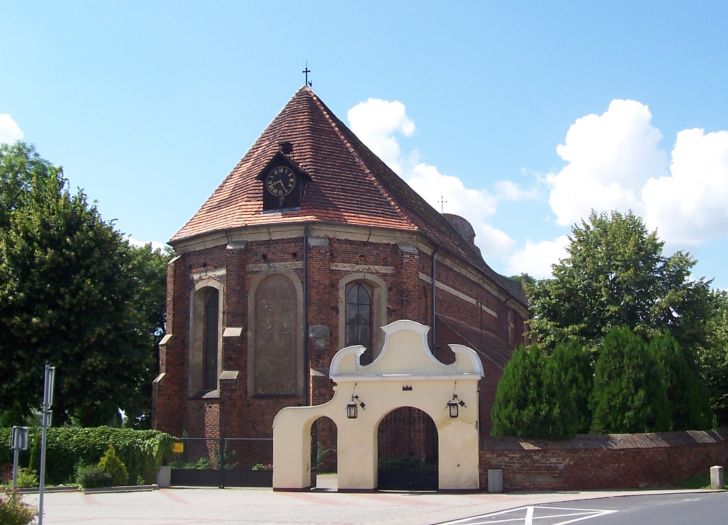 Dolsk is a town located in the Śrem district (powiat), 12 km south-east of Śrem, by the road to Gostyń.

The church was built ca. 1460, funded by the Poznań Bishop Andrzej of Bnin. Thoroughly restored after a 1790 fire, it is now a three-nave hall-like building founded upon the projection of a rectangle which narrows down eastward and is multilaterally contained.

The temple’s interior is covered by stellar vaults. In its southern section are two chapels, now merged, opening toward the nave through gothic arches. The gothic St. Anne’s Chapel is covered by a stellar vault; the other chapel, dated 1627–1633, by a quadripartite rib vault. The presbytery section comprises a late-renaissance main altar dated ca. 1627, decorated with rich carvings and sculptures of saints. Two late-gothic stalls are positioned next thereto (they were reconstructed to a considerable extent in 1927). The other furnishings are mostly baroque or rococo, dating to 17th or 18th century.