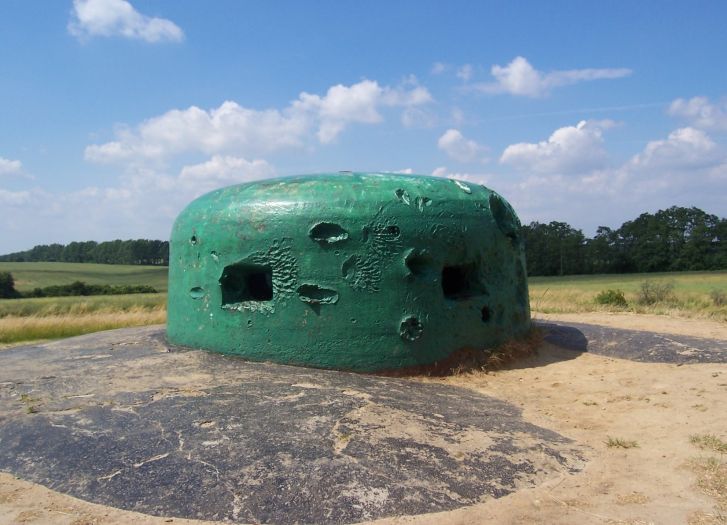 The military doctrine that held sway in Europe during the interwar years mandated that any area which was expected to be attacked or which was especially vulnerable be protected against armed conflict. The massive Maginot Line in France, the Mannerheim Line in Finland and the Belgian fortifications were all built during this time. Germany fortified its border with Poland during this period by building a line of fortifications known as the Międzyrzecz Fortified Region (MFR).

Work began on the MFR in 1925, continued on a large scale from 1934 to 1938, and resumed on an ad hoc basis in 1944. The MFR followed the “bow string” created by the Warta and the Odra (Oder) rivers and blocked the quickest eastern route into Berlin.

The MFR’s massive reinforced concrete structures constitute the largest system of fortifications in the country. There are some 50 “panzerwerken” (a type of armoured bunker) around Kaława, Kęszyca, Wysoka and Boryszyn, where the most heavily fortified section runs. Armoured cupolas made of 35 cm thick steel and 2.5 m thick reinforced concrete walls offered protection from flamethrowers and mortar and machine gun fire. These buildings were connected by an elaborate network of subterranean tunnels (20-40 m underground) with a combined length of 50 km. Electric trains ran in the tunnels and vehicles could be driven along them as well. A belt of reinforced concrete anti-tank barriers known as “dragons teeth” were placed in front of the line. The enormous halls housed factories that produced the arms and military equipment used there during WWII. Artworks stolen from museums and other establishments were stored underground at the end of the war.

The MFR never met the objectives the Germans had laid down for it. Gen. M. Katukov’s First Guards Tank Army captured it in a lightning attack before the Germans could get reinforcements to man it. The MFR was broken on 29 January 1945 near Kaława and finally fell on 31 January near Lubrza. Many of the fortifications were blown up after 1945. The Nietoperek Nature Reserve was created in the MFR casemates in 1980 as a summer and winter shelter for bat colonies. Twelve species of these flying mammals, numbering some 20,000 specimens, hibernate in the caverns of the fortifications. Guided tours of the MFR are available in Boryszyn and Pniewo, near Kaława.