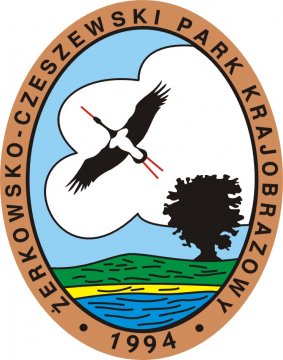 The 156.4-square-kilometere Żerków-Czeszewo Landscape Park was set up in 1994 and straddles Września, Jarocin and Środa Wielkopolska counties. It lies in the centre of Wielkopolska and consists of two distinct parts. Forests and meadows dominate in the northern part while the southern part is mostly rural.

Glacial action has left the park with a diversified terrain, from the flat, undulating morainal uplands north of the Warta, to the Warsaw-Berlin glacial valley in the centre, and on to the Żerków embankment  further south whose highest point is Łysa Góra (161 m asl). Close to 40% is covered by forests, the most beautiful and valuable (from a natural standpoint) being the Czeszewo forests in the Warta and Lower Lutynia valleys situated in the northern part of the park. The common ash, pedunculate oak, small-leaved lime and black alder are the most important species of tree in these forests. The forest cover of the southern part of the park, by contrast, has been significantly transformed and an artificially planted pine monoculture holds sway. There are some 800 species of vascular plants are recorded here. Many of them, including ivy, woodruff and lily of the valley, are rare and protected species. The fauna is no less abundant and includes rare species of invertebrate - particularly the red-rimmed melania found in the Dębno nad Wartą (Dębno–on–Warta) wildlife reserve. About 210 species of bird nest in the park, including the lesser spotted eagle, white-tailed eagle, black stork, kingfisher, middle spotted woodpecker and a whole host of water birds. The Dwunastak and Czeszewski Las (Czeszewo Forest) reserves protect the park’s most precious forest stands. There is a scenic outlook over the village of Brzostków and the surrounding post-glacial landscape on the road from Żerków to Śmiełów.

The park is steeped in history and abounds in memorials as well as natural wonders. There is some remarkable architectural heritage in addition to the many archaeological, burial and “grad” sites. These include Śmiełów Palace (Jarocin County), where Adam Mickiewicz once stayed, the town of Miłosław, famous as the site of a military victory in 1848 and for having erected the first Juliusz Słowacki monument, the village of Dębno (Środa Wielkopolska County) with its Gothic church, and the multitudinous wooden buildings, garden designs and farm buildings that can be found in various places.