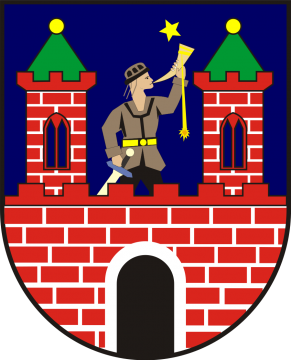 The city lies on the Kalisz high plain and overlooks the River Prosna. It is the second largest city in Wielkopolska Voivodeship with approx. 110,000 inhabitants in its urban and district (of which it is the seat) counties.

History
The name “Kalisia” is first mentioned by the Greek scholar Ptolemy as a settlement on the amber trail in the 2nd century AD.
Early medieval Kalisz sprang up around Zawodzie. It owes its development in the latter half of the 12th century to Mieszko III the Old, Duke of Wielkopolska. The Romanesque Collegiate Church of St. Paul, whose silhouette has been rebuilt on the Zawodzie grad, bears testimony to the ruler’s ambitions. The Duke of Silesia, Henry I the Bearded, moved the grad to the opposite bank of the Prosna in the 13th century. The locality was granted Magdeburg rights c. 1257. The street layout from those days has been well preserved. The Church of St. Stanisłaus of Szczepanów, bishop and martyr, St. Nicholas Cathedral, and the Collegiate Church of the Assumption of the Virgin Mary – St. Joseph Basilica have all existed since the Middle Ages. The Statute of Kalisz, which set out the legal position of Wielkopolska’s Jews, was promulgated here in 1264 by Duke Boleslaus the Pious. Casimir III the Great ordered the building of the castle (of which fragments of the “Dorotka” prison keep remain) and the rebuilding of the defensive walls in the north-eastern corner of the city. Casimir made peace with the Teutonic Knights in Kalisz in 1343. The Gothic-renaissance town hall tower was one of the tallest in Europe until the 18th century. A Jewish quarter had grown up since the Middle Ages. To fight the reformation, Abp. Stanisław Karnkowski, Primate of All Poland, brought in the Jesuits and founded the Church of St. Stanisław and St. Wojciech, as well as the largest college in the Polish-Lithuanian Commonwealth, for them. Prominent educators like the Belgian teacher Charles Malapert taught at the school. A theatre, a printing press and an apothecary all operated here. The church was used by the Evangelical community for about 150 years after the order was cassated in 1773.

The Old Polish period ended with the great fire and the Prussian occupation of the city in 1793. The City Park (est. 1798), the second public green space in Poland after the Saxon Gardens, and the city’s main street, Aleja Wolności (Freedom Boulevard) are reminders of their rule. The people of Kalisz drove the Prussians out unaided in 1806. Kalisz came under Russian rule after the demise of the Duchy of Warsaw in 1815. This border location fostered economic and cultural growth but led to a severing of contact with Wielkopolska. The city was the capital of the voivodeship and a Russian showpiece. The period of prosperity ended with the failure of the November Uprising. The final farewell to splendour was the congress of the partitioning monarchs in 1835. Prince Albert, husband of Queen Victoria of the UK, was an observer. The poet Adam Asnyk was born in Kalisz in 1838.

Multiculturalism was a feature of 19th century Kalisz. An Orthodox Cathedral (demolished in the 1920s), a Lutheran church that used to be a Jesuit church (and which is now a garrison church), and a Catholic collegiate church, all stood beside one another on St. Joseph Square. Cameroon explorer Stefan Szolc-Rogoziński and writer Maria Konopnicka were two notable people associated with Kalisz in those days. The population increased from 38,000 when the railway line opened in 1902 to 70,000 before WWI began. Arnold Fibiger’s pianos became famous all over Europe. Maria Dąbrowska’s tetralogy Noce i dnie (Nights and Days) paints a vivid literary picture of Kalisz at the turn of the 19th and 20th centuries.
Ninety five percent of the historic city centre was burnt down during WWI. Rebuilding it after independence had far-reaching significance for Poland’s protection of its national heritage. The Orthodox church in ul. Niecała was the only sacred Orthodox building erected during the Second Polish Republic. Stanisław Wojciechowski, President of Poland 1922-1926, came from Kalisz.
WWII brought multiculturalism to an abrupt halt. The Lutheran and Orthodox parishes and buildings are all that remain.
Kalisz was made the voivodeship capital in 1975. Losing this status in 1998 was partially compensated for by the creation of Kalisz diocese and the development of higher education.