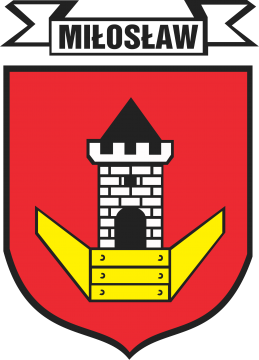 Miłosław is a town situated on the Miłosławka River (left tributary of the Moskawa), ca. 15 km south of Września. It is best known by the largest battle fought, in 1848, in the course of a Wielkopolska rising which occurred as part of the Spring of Nations.

Miłosław was granted its city chard before 1397; the town was re-incorporated, under the Magdeburg law, in 1539. By the late 16th century, Miłosław had become a crafts hub of importance. A 1599 fire destroyed the city almost in its entirety.
A Lutheran synod took place there in 1607 which laid foundations for Protestantism in Wielkopolska. During the Swedish wars, troops commanded by Hetmans Stefan Czarniecki and Jerzy Lubomirski made their way through the town.
Early in 18th century, Miłosław was property of the Grabski family and since 1777, till end 19th c., was owned by the Mielżyński family.
During the Spring of Nations (1848) the town become one of the four major insurgent hubs. It was there that on April 30, 1848, Polish ulans, riflemen and scythe-bearing peasant recruits led by Ludwik Mierosławski and Feliks Białoskórnicki fought their victorious battle with the Prussian army.

A market is to be met in the town’s centre (named plac Wiosny Ludów – i.e. ‘The Spring of Nations Square’), with a monument boulder dedicated to the local children who fought for having their native Polish language and speech retained at schools in the years 1901–1904 and 1906–1907.
House no. 24 at the market is the former Bazar building for which the severest fight unfolded in 1848, as commemorated by a memorial plaque fixed on its wall.
The town’s peak point is the site of St. Jacob’s church from c.1620, furnished with a late-renaissance main altar (also dated c.1620) featuring an Assumption of Our Lady painting painted in 1844 by Seweryn Mielżyński. A neo-gothic belfry of c.1850, crowned with crenellation, stands next to the church. In the yard by the church is a monument erected in honour of the 1848 insurgents. On the outer side of the church wall is a monument featuring statue of St. Laurence forming part of the grave of Miłosław scythe-bearing peasant soldiers.
Opposite to it is a former Evangelical church of 1870–1872 where a Gallery of the Miłosław Cultural Centre is housed now.
There is an early-nineteenth-century palace in the southern part of the town. Beside the palace is a 37.8ha landscape park featuring ditches, bridges and ponds, founded, in a French style, in the early 19th century and later reshaped and extended into a romantic landscape park. The park contains a monument of Polish nineteenth-century poet Juliusz Słowacki, the earliest such ever in the Polish lands; next to the monument is a spreading oak-tree with the circumference of 680 cm.
Marked hiking and cycling routes are set via Miłosław.