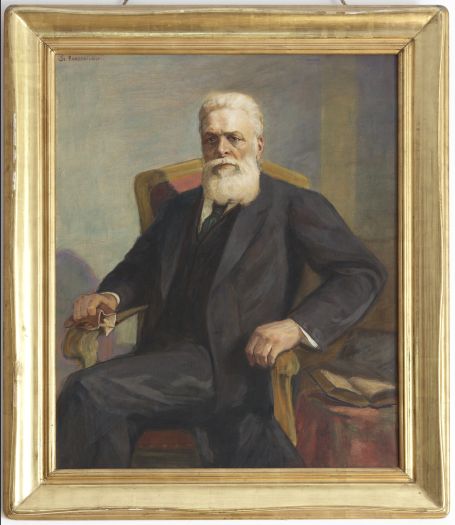 Social activist, born 1853 in Paris. He was a graduate of the Paris-based Lycée Charlemagne and Ecole Polytechnique. In 1879 to 1881, he travelled to Australia and Oceania, bringing along numerous ethnographic and mineralogical exhibits from his journey (they form part of the Kórnik castle collection today).

He arrived in Kórnik in 1881 to take hold of an estate bequeathed to him on a testamentary basis by his uncle Jan Działyński.

For his involvement in the defence of Polish properties, he was deported from Wielkopolska by the Prussians and settled in Galicia (the Austrian Partition territory) afterwards. To rescue Tatra-mountains forests, he purchased a Zakopane estate in 1889; then, in 1902, he won a case against the Hungarian party for acquisition of Morskie Oko, the Tatra’s largest lake, and its surrounding area.

His own and Dr Andrzej Chramiec’s endeavours, a Chabówka–Zakopane railway line and a way to Morskie Oko, were built. He maintained associations with émigré hubs throughout and informed the European opinion of the Prussians’ doings in Wielkopolska. During World War 1, he stayed in France and collaborated there with a.o. the Polish National Committee.

Zamoyski returned to his home country in 1920. In 1924, he donated his entire property, together with the library, to the Polish nation, and formed a ‘Zakłady Kórnickie’ foundation. He died 1924 in Kórnik and was buried in the local church’s vault.