Your clipboard (0)
Homepage | Catalogue of attractions | Stadium in Poznań 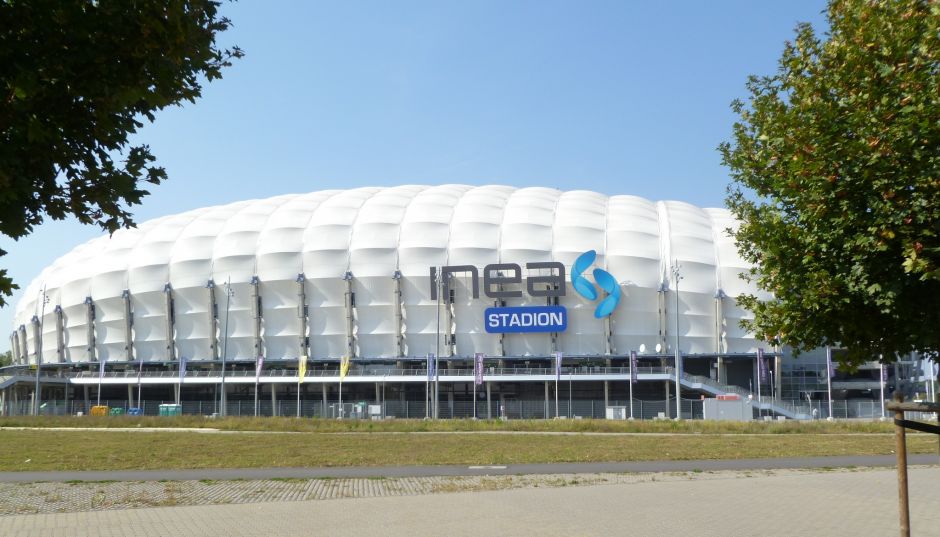 This first Polish football stadium to have been upgraded in view of the EURO 2012 European Football Championships, co-hosted by Poland and Ukraine, is situated at 5/7 Bułgarska St., in the western part of the city. The site is accessible from the railway station by bus, line no. 6 (stop: ‘MTP’) or 15 (stop: Sheraton Hotel); from Ławica airport, by any bus going to Sheraton Hotel and then on change to a tram, line 6 or 15. The area is also serviced by bus lines 91 and 61, tram no. 1 and 13, if you are to reach it from other parts of the city.

The stadium redevelopment project lasted from 2003 to 2010, promoting its status to Elite. The football field is 105m x 68m in size. The stands, covered with a membrane roof, can host up to 43,000 football fans, incl. 266 seats available for handicapped spectators. The facility is furnished with ecological technological solutions enabling to use rainwater to water the field surface with. A yard offering 900 parking stalls has been prepared for convenience of the visitors. The Municipal Stadium is presently made use of by the local KKS Lech Poznań football club.

The official opening ceremony of the stadium’s modern arena was added splendour to by a concert appearance made by the legendary Sting, accompanied by the Royal Philharmonic Concert Orchestra. The popular artist performed in Poznań on September 20, 2011 as part of his new album Symphonicities promotional tour.