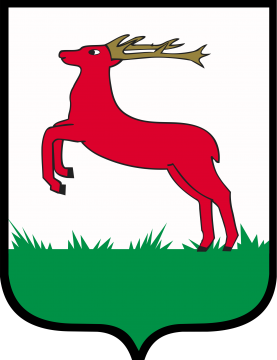 Picturesque county seat in the Gwda valley on the river Gwda, 11 km upstream from where it runs into the Noteć. The large areas of forest reaching well within the city limits are Piła’s nature and tourism long suit. Fr. Stanisław Staszic (1755–1826), a preeminent Pole, was born here. The name probably comes from the local sawmill and the many fires the residents have had to endure. The most tragic, according to the annals, was the one that devastated the city in 1626.

Piła is first recorded in 1449, when it was mentioned as a royal city. Piła additionally received confirmation of having been granted Magdeburg rights by King Sigismund I the Old (1467–1548) in 1513. The residents busied themselves with handicrafts and commerce as well as exploiting the surrounding forests. This was typical of a medieval settlement next to a wilderness.
Like most Wielkopolska cities, Piła has suffered its fair share of natural disasters. The worst calamity to befall the city, however, was the Swedish Invasion (1655–1660), which reduced it to ashes. Economic benefits accruing from the development of a lucrative cloth making trade were noted in the 17th century. A silk boom followed a century later.
Piła became part of Prussia after the first partition of Poland in 1772. It soon found itself in Napoleon’s poor substitute for freedom, the Duchy of Warsaw (1807–1815), but was returned to Prussia thereafter. Piła (which means “saw”) went by its German name Schneidemühl (“sawmill”) until 1945. Polish economic, cultural and educational organisations continued to operate in Piła despite German pressure.
The city got its first rail connections to Krzyż and Bydgoszcz in the mid-19th century. It is worth noting that 57,122 passengers and 8,460 tonnes of goods were carried by rail up until the end of 1851. The Piła line was on the important Berlin to Königsberg (now Kaliningrad, Russia) route.
Piła had a sizeable military garrison which served as a base camp for countermeasures during the Wielkopolska Uprising (1918–1919).
Piła remained with our western neighbour after WWI.
Piła was only returned to Poland on 14 February 1945 after a hard fought military capture of the fortress – garrisoned by 25,000 troops. The fierce fighting destroyed 75% of the city but the victory signalled a homecoming after 173 years.
Nowadays, Piła is an industrial centre and an important transport hub.

The mid-19th-century Italian villa building at ul. Browarna 7 houses the District Museum. The city’s past can be seen through the museum’s archaeological, ethnographic and historical collections.
The timber frame house down the street was probably the birthplace of Stanisław Staszic. It is now his Biographical Museum.
St. Anthony of Padua Church (built 1929–1930) is at ul. Ludowa 20. The church is famous for its 7.5 m crucifix. This is the largest in Europe and was carved out of a single piece of wood.
The former Piła roundhouse, built in 1870-1874 and commonly known as “Okrąglak”, is a fascinating example of historical industrial architecture. This is the only working facility of its kind in Poland still in its original state.
Several of the trails inside the city limits lead to the Kuźnik Landscape Reserve.