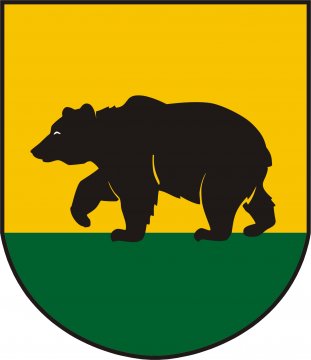 The county seat is situated on the Leszno High Plain. The public generally associate Rawicz with its prison, which has been operating here from a former Reformed Franciscan monastery since 1819.

Rawicz was only granted city rights in 1638 by King Władysław IV Vasa (1595–1648). The name comes from the Rawicz coat of arms of the city’s owner, Adam Olbracht Przyjemski. Nowe Miasto (New City) was created for the Silesian Protestant refugees who settled here in the 17th century. Rawicz became Wielkopolska’s largest cloth centre a century later. Its textile products competed successfully on eastern markets and were sold as far afield as China.
The town found itself in the Prussian sphere of influence after the Second Partition of Poland in 1793. Rawicz was part of the Duchy of Warsaw (1807–1815) during the Napoleonic period but was returned to the Prussian Partition under its German name of Rawitsch pursuant to the resolutions of the Congress of Vienna. The town’s most important industrial enterprise during the 19th century was a cigar and tobacco factory celebrated for its merchandise.
The town was only returned to Poland in January 1920 under the terms of the Treaty of Versailles. Rawicz was barely 4 km from the German border. During the Nazi occupation, 1,300 people died in Rawicz Prison.
A Soviet Army armoured incursion liberated the town on 22 January 1945. Fifteen thousand Soviet troops were stationed here until 1946. More than 19,000 politically suspect National Army soldiers and opposition activists passed through Rawicz Prison between 1945 and 1956. Rawicz is now a manufacturing and services centre.

The centre of Rawicz, surrounded on four sides by parkland, has preserved the regular spatial layout that Wrocław architect and town planner Michał Flandrin designed in 1638-1639. The blocks of this part of the town create a chequered pattern whose entirety is recognised as urban heritage. The baroque town hall (1753-1756) stands in the middle of the marketplace. Wielkopolska’s first lightning rod was installed here in 1783. The town hall now houses the Museum of the Region of Rawicz.
The early 19th-century Church of St. Andrew Bobola, a former Evangelical church, is south-east of the neo-classicist marketplace. The architect was Carl Gotthard Langhans, famous as the designer of Berlin’s Brandenburg Gate.
The park that was planted over the moat and embankments between 1840 and 1850 is a special attraction. The Rawicz park is the second longest in Poland, after Cracow. Parts of the defensive walls and a mortar from the turn of the 17th and 18th centuries can be found in the south-eastern corner of the park. The park joins the previously mentioned prison.
The neo-Gothic Church of Christ the King and the Annunciation of the Blessed Virgin Mary (1902-1907) is next to the Dąbrowski Ramparts.