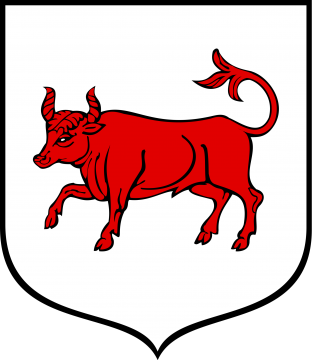 Turek is a county town situated on the Kiełbaska river, in the Turecka (Turek) Upland, ca. 30 km south-east of Konin. At the church of the Holiest Heart of Our Lord Jesus, you can admire the works of the famous Józef Mehoffer (1869–1946), one of the leading representatives of the ‘Young Poland’ movement, who designed for this church the stained-glass and polychrome motifs between 1933 and 1939.

The municipal rights of the Środa type (Polish, średzkie) – a variety of the Magdeburg law – were granted to the locality in 1341. The town was growing rich in that period, benefiting from its situation on the routes between Kalisz and Koło as well as between Piotrków and Konin. Thanks to this advantageous location, trading activity was in blossom there and the dwellers dealt with various crafts. However, severe Catholicism has imprinted its stigma on the locals’ customs in the form of witchcraft trials.
As a result of the collapse of the Polish-Lithuanian Commonwealth and 2nd Partition of Poland in 1793, Turek was absorbed by Prussia. It also marked a period of bishopric’s property. Owing to these circumstances, it was only in 19th century that weavers from Bohemia and Saxony flew into the area. For a short time, Turek was made part of the Duchy of Warsaw (1807–1815). With the fall of Napoleon and establishment of a new order in Europe, the town was afforded to the Kingdom of Poland (1815–1918). The Germans fled from there in as early as November 1918; a year after, Turek inhabitants could enjoy the opportunity to cast their votes in a free election. After the Nazi occupation period (1939–1945), the town was seized without fighting by Red Army soldiers.
The Turek of today is an important industrial and services centre for the Konin Lignite Field. A lignite mine called ‘Adamów’ has been in operation since 1964.

In Wojska-Polskiego Square is a town hall from 1872, housing the country’s only Weaving Craft Museum.
South-east of the Market is the church of the Holiest Heart of Our Lord Jesus, built 1904–1913. Inside it, apart from the aforesaid contributions from Józef Mehoffer, stained-glass windows with the Crucifixion and Deposition from the Cross scenes authored by Stanisław Powalisz in 1958–1965 are worth a mention.
In 3-Maja Street, you will come across a late-classicist Evangelical church, built 1849–1851 upon a Greek-cross plan.
A ‘Mehoffer’s Bench’ commemorating the famous visual artist was unveiled in Turek in 2009.