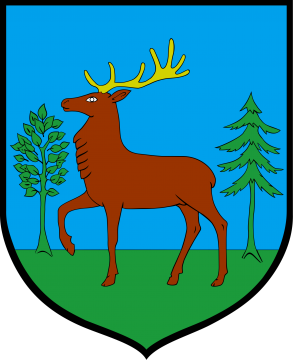 Złotów is a county town located on the Krajeńskie Lake District, on the Głomia river, ca. 34 km north-east of Piła. Złotów is situated not far from five postglacial lakes. The Złotów land is referred to as the Wielkopolska-Pomerania borderland.

Although the history fo Złotów is much older than that, the date of its founding that is normally referred to is a record in the Chronicle by Janko of Czarnków stating that King Casimir the Great (1310–1370) bequeathed the town of Wielatów as inheritance to his grandson Kaźko of Słupsk in 1370. The present name of Złotow has been in use since mid-16th century.
1657 saw the urban hub destroyed resulting from the posture of its owner Andrzej-Karol Grudziński who, having initially joined the Swedish party, changed his mind and soon after started fighting the Protestant raiders. By means of retaliation, the Swedes burned down the town. Toward the end of 17th century, Złotów was decaying – gnawed with fires, epidemics, march-pasts of military troops and burdensome tributes.
Since the 1st Partition of Poland, 1772, the town has been absorbed by Prussia. As the First World War (1914–1918) ended, it still remained in the German hands. Numerous cultural, religious and economic organisations were active in the 19th and 20th centuries, aiming at promoting and maintenance of the land’s Polishness. Złotów was eventually liberated, a result of heavy warfare, on 30th January 1945 by the 1st Army, 4th ‘Jan Kiliński’ Infantry Division of the Polish Army.
Today, Złotów is an industrial and services centre.

In the middle of Kościuszki Square is a classicist former Evangelical church of St. Stanislaus Kostka, built 1829–1830 after a design by Karl-Friedrich Schinkel.
North of the square, you will find an early-baroque parish church of the Assumption of Our Lady, built 1661–1664 upon the foundation of the aforesaid Andrzej-Karol Grudziński. The present church was built on the site of a former wooden edifice which had been destroyed by the invading Swedes.
An eighteenth-century wattle-and-daub house at 2A Wojska-Polskiego St. is home to a Złotów Land Museum.
Złotów is Poland’s only place to have a monument to Piast the Wheelwright (Piast Kołodziej), the legendary protoplast of the Piast dynasty, unveiled in 1957.
Together with its vicinity, Złotów boasts environmental values favouring tourism, along with a well-developed extensive hotel and catering services infrastructure.